SMITHFIELD, Va., Nov. 18, 2022 /PRNewswire/ -- In 2020, Nathan's Famous launched its Twitch gaming program, Nathan's Duos, to match gamers to play side-by-side and create genuine moments of connection through livestreaming events. In its continued efforts to bring people together, the program is transforming from online livestreams to in-person events to give back locally. 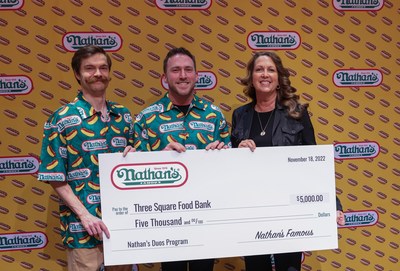 The brand is partnering with Twitch personality JoshOG to host Nathan's Duos streaming events with three select gamers and help make an impact by fighting food insecurity. Together, Nathan's Famous and JoshOG are donating to local food banks in the areas where the professional gamers are based.

Earlier today, Nathan's Famous and JoshOG met with fellow streamer SheefGG to recognize Southern Nevada's only food bank and largest hunger relief organization, Three Square Food Bank, with a $5,000 donation. The contribution will supply 15,000 meals to the food bank to support the organization in its mission of providing wholesome food to those in need, while passionately pursuing a hunger-free community in Las Vegas.

"The current economic climate has left many households struggling between putting food on the table and juggling the demands of life," said Bethany Gurecki, senior brand manager for Nathan's Famous at Smithfield Foods. "We're proud to support Three Square Food Bank in its efforts to aid those in the Las Vegas community who are at risk of hunger."

In addition to the donation event, JoshOG and SheefGG will also participate in a Nathan's Duos livestream, where they will use the platform to speak to their audience about the importance of spending time in the community and supporting local organizations like Three Square Food Bank.

"One in seven people in Southern Nevada are food insecure. That's more than 341,000 people who don't have reliable access to enough nutritious food," said Three Square Food Bank Interim President and CEO Michelle Beck. "We extend our gratitude to Nathan's Famous and its Duos program for their generous support. This program is an impactful way to raise awareness for the cause and provide meals to our community's most vulnerable."

The three-part event series kicked off earlier this month with an event in Denver at Food Bank of the Rockies, where Nathan's Famous and JoshOG presented the organization with a donation of $5,000, alongside fellow Duos streamer, WillerZ. Today marks the second donation for the program, which will wrap in December with a final event in San Diego.

"Nathan's Duos has given me and fellow gamers a platform to make an impact in our local communities while doing what we love," said Josh Beaver, known as JoshOG on Twitch. "Expanding the "Duo" experience from virtual to in-person has added an entirely new, deeper level to the program where I can connect with people beyond the screen to interact in a meaningful way."

"I know there's a significant number of families struggling financially in Las Vegas and unable to access the essentials they need," said Shane Schiefelbein, known as SheefGG on Twitch. "I'm grateful for this opportunity to get involved in the community and encourage more discussion about food insecurity."

About Nathan's Famous
Nathan's is a Russell 2000 Company that currently distributes its products in 50 states, the District of Columbia, Puerto Rico, the U.S. Virgin Islands, Guam, and sixteen foreign countries through its restaurant system, foodservice sales programs and product licensing activities. For additional information about Nathan's please visit our website at www.nathansfamous.com.

About Smithfield Foods, Inc.
Headquartered in Smithfield, Virginia, since 1936, Smithfield Foods, Inc. is an American food company with agricultural roots and a global reach. With more than 60,000 jobs globally, we are dedicated to producing "Good food. Responsibly.®" and serve as one of the world's leading vertically integrated protein companies. We have pioneered sustainability standards for more than two decades, including our industry-leading commitments to become carbon negative in our U.S. company-owned operations and reduce GHG emissions 30% across our entire U.S. value chain by 2030. We believe in the power of protein to end food insecurity and have donated hundreds of millions of food servings to our communities. Smithfield boasts a portfolio of high-quality iconic brands, such as Smithfield®, Eckrich® and Nathan's Famous®, among many others. For more information, visit www.smithfieldfoods.com, and connect with us on Facebook, Twitter, LinkedIn and Instagram.

About Three Square Food Bank
A national model project inspired by Founder Eric Hilton with a grant provided by the Conrad N. Hilton Foundation, Three Square is Southern Nevada's only food bank and largest hunger relief organization, serving Las Vegas and all of Clark, Lincoln, Esmeralda and Nye counties. Since opening in 2007, Three Square has provided more than 528 million pounds of food to hundreds of thousands of people in need and earned a reputation as one of the most efficient and effective food banks in the country. Three Square is a community collaborative partnership with businesses, nonprofit agencies, food distributors, higher education institutions, the Clark County School District, governmental entities, the media and thousands of volunteers working together to support food-insecure Southern Nevadans. Last year, Three Square provided over 51 million pounds of food, the equivalent of more than 42 million meals, through its network of community partners. A member of the Feeding America network of food banks, Three Square remains committed to its mission of providing wholesome food to hungry people, while passionately pursuing a hunger-free community. If you or someone you know needs food assistance, or wants to learn more about Three Square's vision of a community where no one is hungry, please connect at threesquare.org, Facebook (@ThreeSquareFoodBank), Instagram (@threesquarelv) and Twitter (@threesquarelv).

About JoshOG
Josh "JoshOG" Beaver originally started streaming on Twitch in June of 2014. His original goal was to get 250 followers on his channel; however, his profile quickly grew well beyond what he had expected. He soon accumulated enough subscribers to focus on his Twitch streaming career full time. Josh plays a wide variety of games during his streams and his high levels of both game play and entertaining chat with his fans have produced a loyal group of followers that endearingly call themselves the "ducks." Josh is a loyal brand fan of Nathan's Famous hot dogs and has participated in Nathan's Duos streaming events since the platform's inception in 2019.

About SheefGG
Shane "SheefGG" Schiefelbein is a prominent Twitch streamer whose expertise is demonstrated across a multitude of gaming titles. Shane entertains thousands of viewers per day on his Twitch channel, with fans often tuning in to his streams to learn tips and tricks that can be applied to their own gaming sessions. Shane was the 2018 winner of the AD Global Championships in the popular battle royale title PUBG. He is also well known in the streaming community for his passion for charity donation streams benefiting St. Jude's Children's Research Hospital. 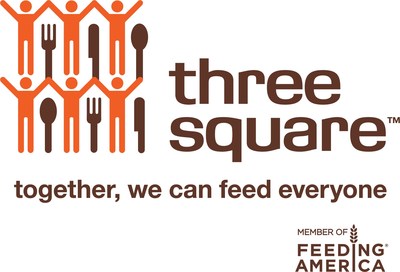 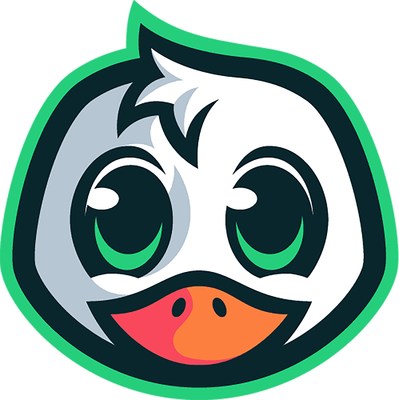 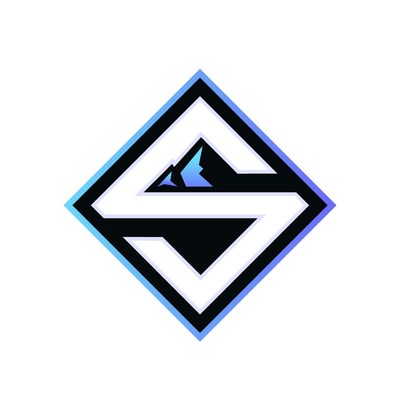